The Phantom Of The Utility Bill: One Show You Can Afford To Miss

It may be ten months since Broadway had to shut down due to concerns over the coronavirus pandemic, but the Phantom is alive and well and performing in your home. But with the right precautions, you can force the Phantom to take a curtain call and go back to the Majestic Theater on West 44th Street where he belongs.

Phantom power (also known as leaking electricity, ghost load and vampire draw) is a monster created of our own convenience. Electronics and household appliances with programmable features, remote controls, clocks or timers draw power all day when they’re plugged in. Even when they’re turned off, they’re still using standby power.

WHAT IS IT COSTING YOU?

It’s tough to come up with a blanket number on what phantom power use is costing, since that figure depends on utility rates and how many phantom power-drawing devices you have in your home. According to Arizona-based utility company Tucson Electric Power, the national average is about 20 devices per home.

Lifestyle website The Spruce notes that if you live relatively low-tech household with just a few electronics (cable modem, computer, small television), your phantom electricity draw probably doesn’t exceed 80 or 90 watts – which is roughly eight dollars a month. But, if you’re the type that loves owning the latest appliances or has an extensive entertainment system, you’re most definitely paying a lot more.

Multiple flatscreen televisions in several rooms of your home along with DVR’s, a cable modem, internet router and extenders and a wireless printer all add up to a total phantom electricity draw that could hit the 300-watt range. Add in a Sonos system with soundbar and you’re talking even more. All of this could cost you more than $30 a month just in phantom energy. For that amount of money, you could go to dinner and see the real Phantom when Broadway comes back later this year.

While it’s neither possible nor practical to eliminate all energy phantoms from your home, you can minimalize the damage that they’re reeking on your monthly electric bill.

Go on a Ghost Hunt

Conduct a room-by-room inventory of plugged in devices that may be drawing phantom power. Start in your living room by examining all of your home theater equipment. If your kitchen has new appliances, you’ve probably got some phantoms in there too. Don’t forget your bedroom especially if you have a television or wireless home sound system speaker. An easy way to find hidden phantoms is to wait until night and turn off your lights. If you see any LED lights, you’ve discovered a device using phantom power.

Consolidate electronics from individual wall outlets into power strips. This is particularly useful with home theater systems and home office equipment. When you turn off the power strip, all the items that are plugged in won’t be drawing any electricity. If you’re looking for a brand suggestion, we recommend the STITCH Smart Power Strip, which has four outlets, two USB ports and can turn all of your devices into smart devices controlled by your Google Home or Amazon Alexa assistants.

Sometimes the most low-tech solutions are the best. Kitchen appliances like some blenders and toaster ovens use phantom energy. Unplug them! Even the plugged-in brick from a phone charger can cost you a dollar a year.

“I was wasting around $60 per year just on two [guitar amplifiers] when they weren’t even turned on,” lamented a Tennessee man to energy.gov. “I think from now on I’m going to start unplugging stuff. It’s free and saves us money in the long run.”

Smart outlets are more than just a cool 21st century gimmick. They can also give you never-before-seen insight into your energy usage. By accessing the app that controls a smart outlet, you can see exactly what you’re using rather than going on an assumption that your electronics may be drawing energy. If you’re ready to upgrade even part of your home to smart outlets, be sure to call in professionals.

PK & Altman’s team of experts can help you determine which smart outlets will work best for you. We’ll work with you and your coop board to ensure that all work completed is compliant with your proprietary lease. 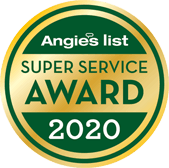